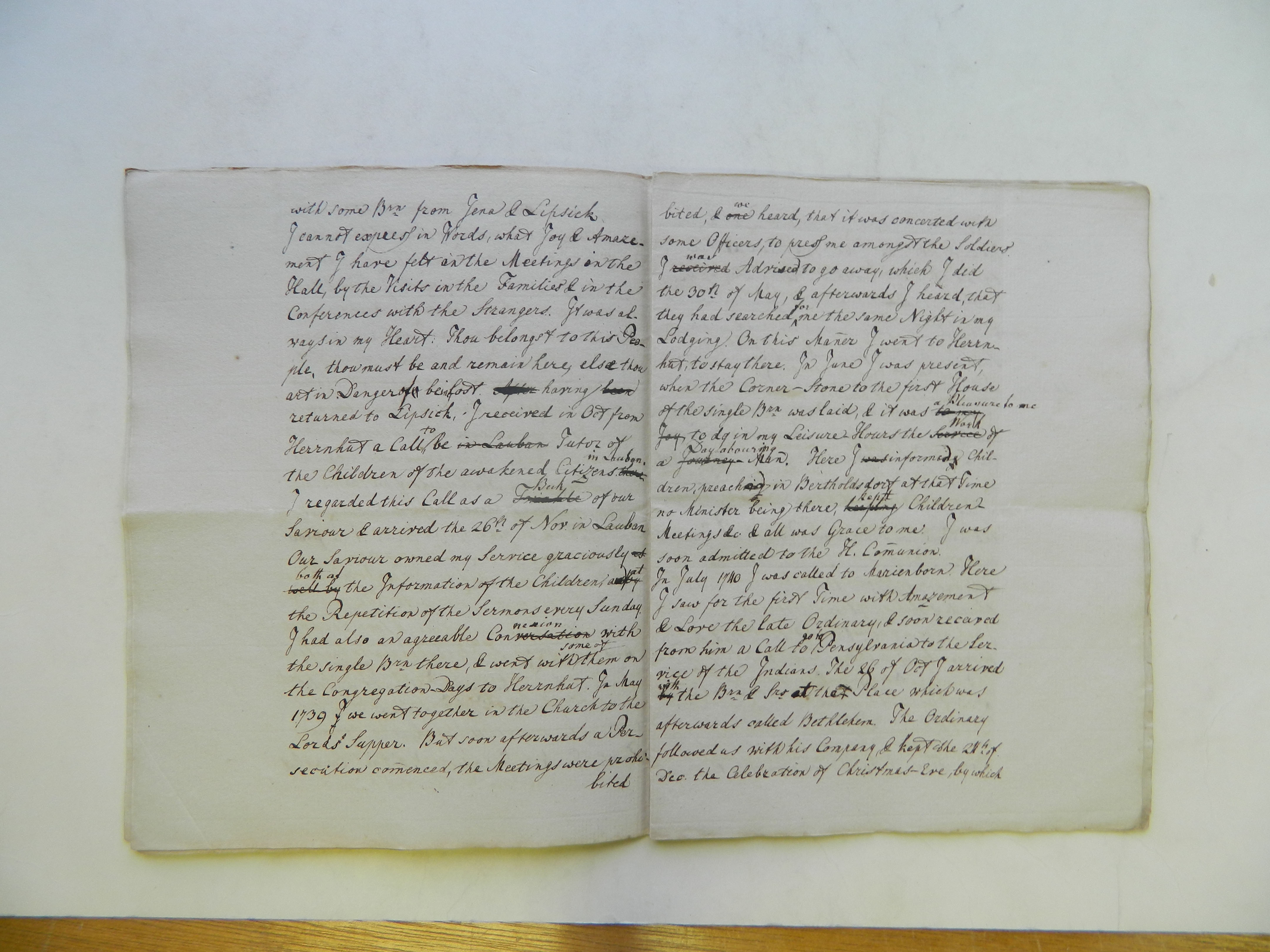 You don't have permission to transcribe this page.

with some B from &
I cannot express in Words, what Joy & Amaze-
ment I have felt in the Meetings in the
Hall, by the Visits in the Families & in the
Conferences with the Strangers. It was al-
ways in my Heart: Thou belongst to this Peo-
ple, thou must be and remain here, else thou
art in Danger of being lost. having
returned to , I received in from
a Call be Tutor of
the Children of the awakened Citizens
I regarded this Call as a of our
Saviour & arrived the . in
Our Saviour owned my Service graciously the Information of the Children, and
the Repetition of the Sermons every Sunday.
I had also an agreeable Con with
the single B there, & went with them on
the Congregation Days to . In we went together in the Church to the
Lords Supper. But soon afterwards a Per-
secution commenced, the Meetings were prohi-

bited, & heard, that it was concerted with
some Officers, to press me amongst the Soldiers
I Advised to go away, which I did
the , & afterwards I heard that
they had searched me the same Night in my
Lodging. On this Manner I went to , to stay there. In I was present,
when the Corner-Store to the first House
of the single B was laid, & it was
to do in my Leisure Hours the of
a Daylabouring Man. Here I informed Chil-
dren, preached in at that Time
no Minister being there, Children-
Meetings &c. & all was Grace to me. I was
soon admitted to the H. Communion.
In I was called to . Here
I saw for the first Time with Amazement
& Love the late Ordinary, & soon received
from him a Call to to the Ser-
vice of the Indians. The . I arrived
the Brn. & Srs. at that Place which was
afterwards called . The Ordinary
followed us with his Company, & kept the . the Celebration of Christmas-Eve, by which